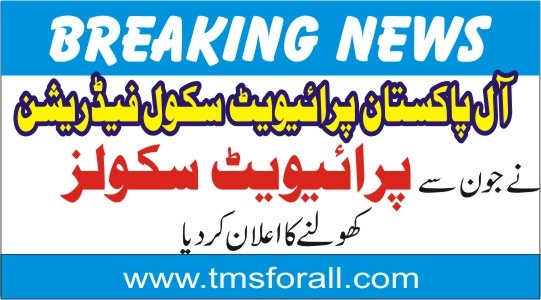 Private Schools Want To Be Operative In June With SOPs

The All Pakistan Private School Federation (APPSF) on Tuesday rejected the federal and provincial governments` decision to close schools till July 15 due to coronavirus pandemic and appealed to the prime minister, the chief ministers, the chief justice of Pakistan and the army chief to open all schools on June 1.

The federal government had cancelled all boards` exams and announced promotion of students to next classes.

They termed closure of schools till July 15 an anti-education step and demanded that the government issue a standard operating procedure to open schools on June 1 otherwise they would be forced to start classes with their own SOP.

Mr Mirza said the closure till July 15 would result in permanent closure of 50 per cent of private schools and around one million people would lose their jobs.

He said the government should announce a relief package for private schools because 90pc of schools were working in rented buildings. Mr Mirza proposed that they could run the schools in two shifts one from 7am to 10am and second from 12pm to 2pm by maintaining social distance in classes.

He said the government should hold board examinations by maintaining social distance.

`We also demand that the government should give Rs25 billion [exam fee] back to 4.5 million students.

The Punjab Teachers Union (PTU) has also appealed to the government to reverse its decision of closure of schools till July 15. 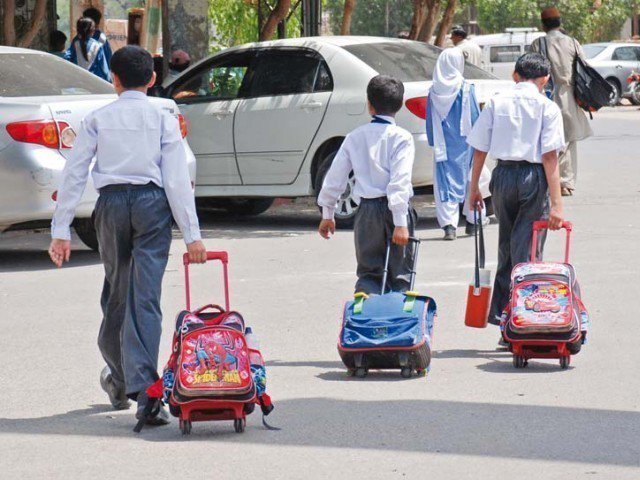 Schools will be closed for summer vacation after taking exams. Murad Raas

All Board exams are cancelled. No confusion on that

HSSC Special Exams 2020 Revised Schedule Issued For All Board Of...

Matric And Inter Date Sheet 2021 Announced For The Annual Exams...

Schedule Of Reopening Schools And Universities In Pakistan