A very important meeting of Health and Education Ministers of Punjab, Sindh, KPK, Balochistan provinces and AJK/GB was held today(18 April) under the chairmanship of the federal minister Mr.Shafqat Mehmood. The following decisions were taken unanimously.

(2) 9 to 12 exams will take place according to the new date sheets announced by the Boards(New schedule is given below in this post).This means will not start before 4th week of May. The University admissions schedule will be adjusted keeping in view the new exam timetable. Shafqat Mehmood

(3)It was also decided with complete consensus among ministers that A, AS, O level and IGCSE exams will take place as per date sheet announced by CAIES. There will be no delay or cancellation. Those students wishing to take exams in Oct/Nov can do so in the same fee already paid. Shafqat Mehmood

(4)Meeting was also informed that Cambridge has decided not to give teacher assessed grades this year therefore those not taking exams will take them in the next cycle Oct/Nov. Cambridge also assured that all SOPs will be strictly followed. Shafqat Mehmood.

(5)It was also decided that classes 1 to 8 will remain closed. The details will be announced by the provinces and GB/AJK.Shafqat Mehmood.

The Controlling Authority / Higher Education Department, Punjab in a meeting with all the Chairpersons of BISEs Punjab dated 09-04-2021 has approved the following revised schedule for Conduct of Examinations / Declaration of Results for the SSC & HSSC Annual Examinations, 2021: 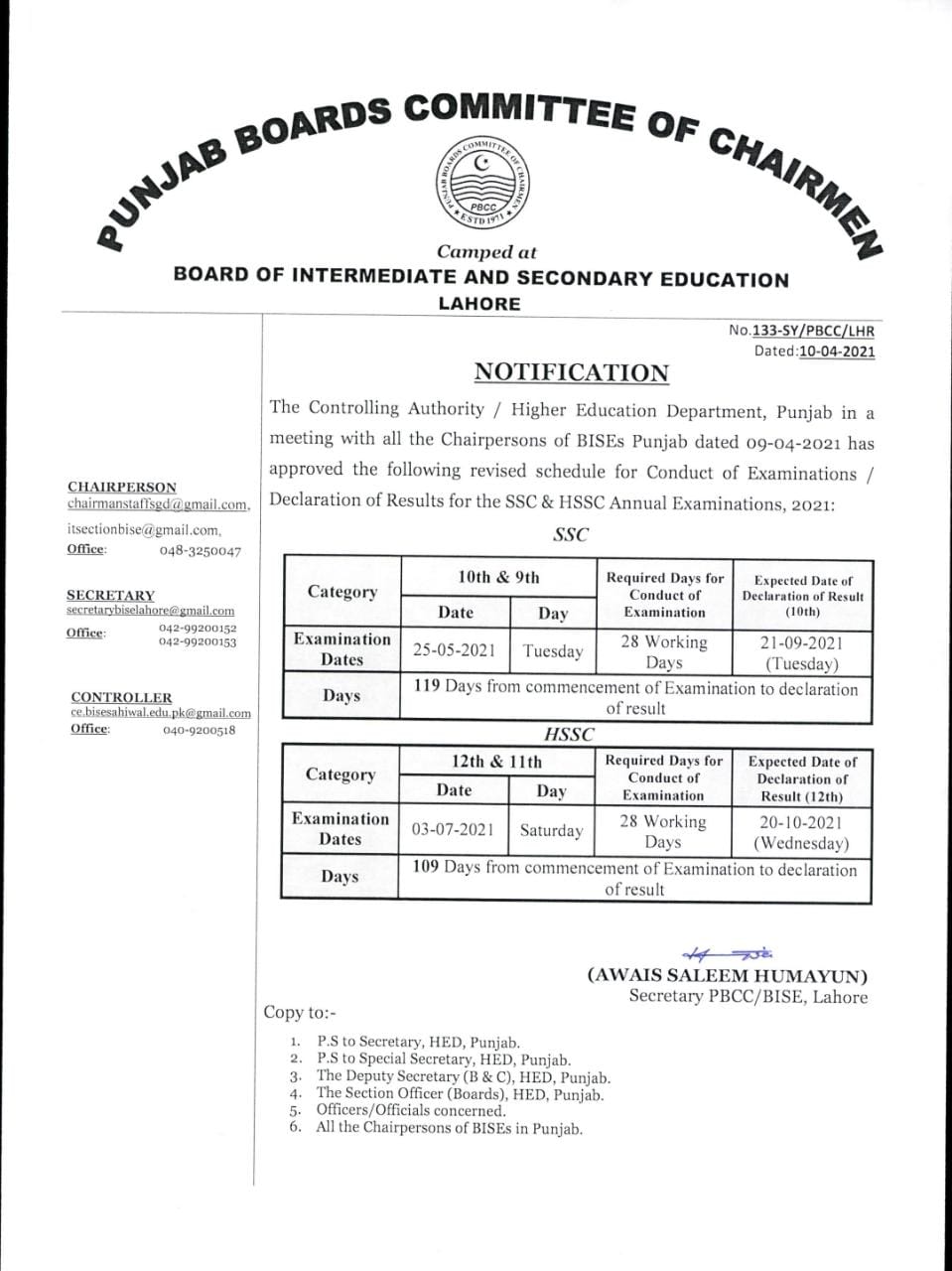 Iqbal Day Holiday Has Been Restored By Federal Govt.

Annual Increment 2022 Chart and PER On Online System

SED Punjab Has Issued Notification Regarding Request For Grant Of Extension...

Reopening Of Schools In Punjab: Strategies And Suggestions

Schedule Of Reopening Schools And Universities In Pakistan

Instructions Regarding Training Of PSTs On SNC