Schools, Colleges & Universities To Reopen On 15 Sep With SOPs

Reopening Of Educational Institutions: Finally, the federal government has decided to reopen schools, colleges and universities on 15 Sep 2020 with strict SOPs.In a press conference that held today the federal educational minister, Shafqat Mehmood said that further discussions would be held on this matter and authorities will review the decision in August in light of the coronavirus situation in the country. If the crisis is not curbed, schools and universities will not be opened

He warned that any school or academic institution that was found guilty of violating SOPs will be closed by authorities.

The education minister said schools will not be opened in July as Eidul Azha will be celebrated by the end of the month and in August the country will observe Muharram Ul Haram(Ashura).

The government has also decided to allow educational institutes, organizations and boards to reschedule examinations that had been postponed in March in—– July before Eidul Azha,

Federal Education Minister Shafqat Mahmood further said that it had been proposed that by the end of July or after Eidul Azha, universities allow PhD students to access laboratories in order to continue their research.

He acknowledged that many students had suffered from a lack of internet access due to which they had missed on online classes. To make up for the loss, the government will permit universities to let students come to hostels after Eidul Azha

Ministry of Education will prepare SOPs but provincial Governments will be allowed to modify SOPs and monitor that all SOPs are being implemented properly in all educational institutions.

The education minister’s press conference comes a day after a virtual conference was held between education ministers of all provinces, where it was decided that educational institutions will be opened in across the country in September, provided there is permission from the Ministry of National Health Services and approval from the NCC, which had previously decided to keep schools closed until July 15.

After a detailed discussion, the participants had decided that institutions should stay closed until the first week of September and reopened after the coronavirus situation has been reviewed under SOPs.

Furthermore, while discussing examinations of professional groups, such as medical and engineering entry tests and religious boards’ exams, the participants proposed that it would be held with special arrangements such as keeping six feet distance between all individuals and requiring that people wear masks and gloves. 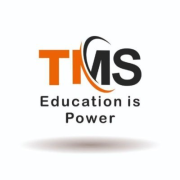 Extension In Contract Of SSEs/AEOs

Breaking News- Only last 5 years ACRs are required for promotion

Provision of deficiencies regarding promotions of male/female Field Operation of 7th Census has been rescheduled Schedule Of Public Holidays 2023 In Punjab